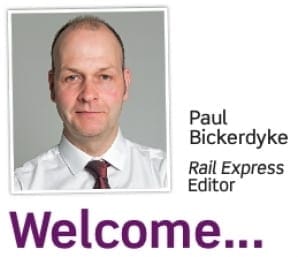 EVEN the most die-hard supporter of a fully nationalised railway must secretly realise there’s very little prospect now of us ever going back to a British Rail-style era.
More than 20 years on from privatisation, the franchising structure has brought many benefits – such as record numbers of passengers, service frequencies to the point of capacity on many lines, and arguably a much younger fleet nationally than we would have had with BR.
But privatisation has not been perfect either, nor has the franchising system given us the best possible railway we could have had – especially as operators, like BR before them, are still not free from Government interference.
Take Great Western electrification, for example. Long overdue, it finally got the political green light in 2009, only to be
scaled back in subsequent years. This meant orders for new electric trains had to be changed to bi-modes which, when running in diesel mode, have yet to show they can match the performance of the 40-year-old HSTs they are replacing.
Now we are told (see Headline News) that the Thameslink Southern & Great Northern contract is flawed, that outsourcing firms like Carillion have to bid too low to secure work, and East Coast operator VTEC is pulling out only three years in to its eight-year franchise as it cannot meet its promised premium payments.
The East Coast news also comes as the same Stagecoach/Virgin partnership has been given a two-year extension to its West Coast operation – so it’s no wonder the general public think our railways are in a much worse state than they actually are, or why they get a mauling in the national press.
BR wasn’t perfect; privatisation isn’t perfect. But there must a sweet spot somewhere that taps into the best of both. Let’s hope someone finds it soon.