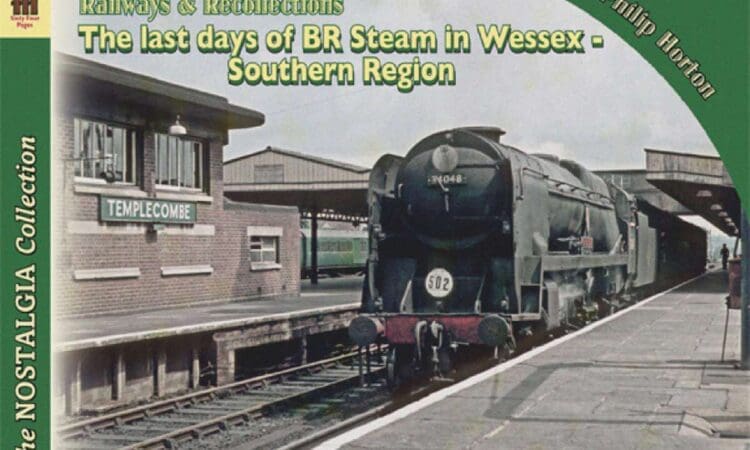 By the early 1960s, BR’s aim to eliminate steam traction was all too evident. The author, therefore, decided to try to record these changes pictorially, initially using his Box Brownie camera.

He soon extended his search beyond his home city of Bath to the Southern Region’s lines in neighbouring counties, in the area often referred to as ‘Wessex’.

Each chapter follows one of the region’s main lines, including the southern half of the old Somerset & Dorset Joint Railway. The types of steam engine once to be found in the various engine sheds visited during the period are described, as are those at Eastleigh Works.

The photographic coverage extends from 1949 to the last SR steam workings in July 1967. This coverage is much enhanced by the inclusion of many colour photographs taken by Mr M E J Deane, which appear courtesy of Ian Bennett, and also those of John Price.

The extent of BR(SR’s) lines in the area covered by this book decreased significantly from 1963. BR(WR’s) lines are illustrated in Volume 1.

The Last Days of BR Steam In Wessex Vol 2. Southern Region by Philip Horton is available to order for £8 from www.mortonsbooks.co.uk

Mortons Books has an extensive library of Railway books covering everything from the pioneering days of the early railways to the golden age of steam, the devastating Beeching cuts, the British Rail days, preservation and the ongoing story of modern diesel and electrics. Visit the website today to see the full library!