THERE’S not a lot to say about this series of books by Roger Harris, except they contain all the information you are ever likely to need about vehicle allocations, disposals, liveries, renumberings, export dates, preservation and much more. 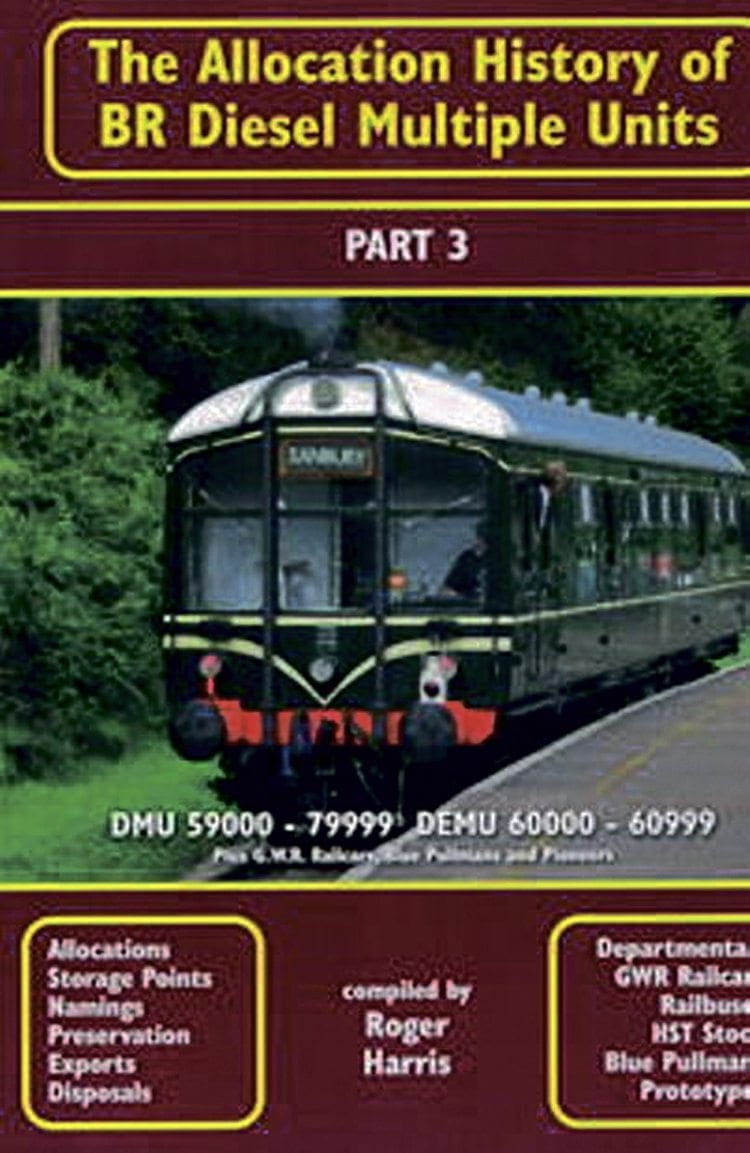 Together, the series makes for an invaluable reference, bringing together and cross-checking numerous sources.

The emphasis is on accuracy rather than completeness, so that all the data can be trusted – although saying that, there are only a very few entries for rare and obscure vehicles that have been left out due to uncertainties.

This particular volume is the last of three covering first generation DMUs, but it also includes GWR railcars, railbuses, Blue Pullmans, departmentals and others.

Past volumes have covered diesel and electric locomotives, but these are generally out of print now and worth tracking down second-hand.

Next to be tackled in this series will be second and third generation DMUs, DEMUs, Mk.3 HST stock and railcars – which is expected to be published in late 2018.

Read more Reviews, Letters, News and Features in the June issue of RE – on sale now!