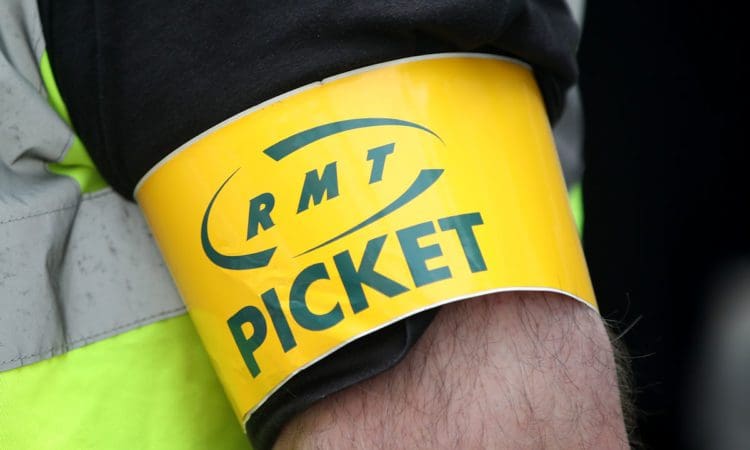 More railway workers have voted to strike in the bitter dispute over pay, jobs and conditions, increasing the threat of travel disruption this summer.

Members of the Rail, Maritime and Transport (RMT) union at Govia Thameslink Railway (GTR) were originally balloted as part of the national rail dispute along with 13 other train operating companies in May.

Despite voting yes, there was insufficient numbers to allow them to legally take part in the three days of strike action last month.

A new ballot showed an 80% vote in favour of strikes on a turnout of 57.5%, which meets the legal threshold.

The RMT said more than 2,000 GTR staff will now take part in any future strikes.

RMT general secretary Mick Lynch: “This fantastic result is a credit to our elected officers and lay activists who worked around the clock to deliver this emphatic result.

“Our members were denied their democratic right to strike due to draconian ballot thresholds but having smashed through those at the second time of asking, they are raring to join our campaign.

“GTR staff are now able to join our fight and have a legal mandate to take action in the future, to get a negotiated settlement on pay, job security and working conditions.

“We will continue our negotiations next week with Network Rail and the train operating companies with a view to getting our members a just deal.

“We cannot rule out further strikes and we are focused on winning this dispute and coming to an agreement with rail bosses that gives our members what they need.”

Mr Lynch said he welcomed Aslef and TSSA balloting their members for strike action in the same dispute, adding: “If rail unions stay united in our common struggle for pay justice, job security and decent working conditions, we cannot and will not be defeated.”

Angie Doll, Chief Operating Officer at Govia Thameslink Railway said: “While we are disappointed that passengers may now face more disruption, our focus remains on encouraging the RMT to work with the industry to seek a swift resolution.”

A Department for Transport spokesperson said: “Our railway is in desperate need of modernisation to make it work better for passengers and be financially sustainable for the long term.

“The only thing more strikes will do, however, is wreak further havoc on the very people unions claim to stand up for.

“We urge unions to reconsider and work with its employers, not against them, to agree a new way forward.”