After more than 45 years, timetabled trains have begun running again from Wareham to the Swanage branch. 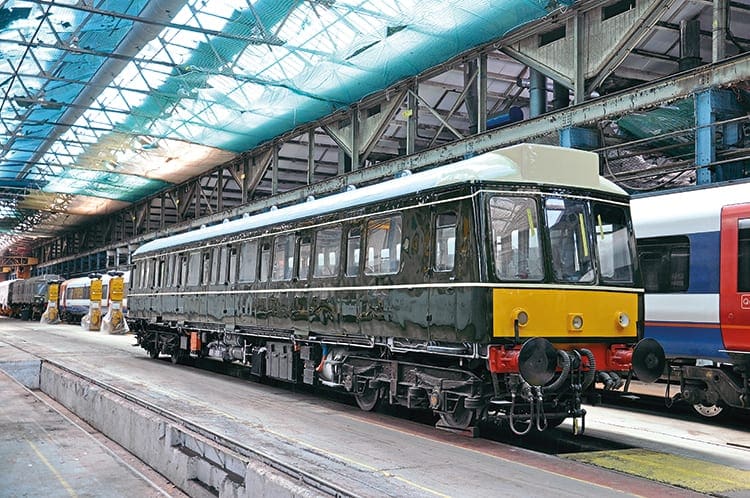 THROUGH trains between Wareham and the Swanage Railway were scheduled to begin on June 13, (just after this issue went to press), more than 45 years since the line was closed by British Railways in January 1972.

Services began despite delays in the completion of the ‘Heritage’ DMUs that are being specially overhauled at Eastleigh Works for use on these services.

For the 2017 season, West Coast Railways will be operating loco-hauled trains on the line, using London Underground’s 4-TC set ‘top and tailed’ by Class 33/47 locos. These will probably include the 71A Group’s No. D6593 (33012) Lt Jenny Lewis RN, which is main line certified and based at the Swanage Railway, as well as West Coast’s own motive power.

Four return trips will be made between Swanage and Wareham, running five days a week (Tuesday-Thursday, Saturday and Sunday) until September 3.

The DMU cars that are being overhauled at Eastleigh for these services are now expected to return to Swanage towards the end of the year, the delay in their completion being due to wheelset issues. These comprise a three-car Class 117 set (Nos. 51356+59486+51388) and Class 121 ‘Bubble Car’ No. 55028.