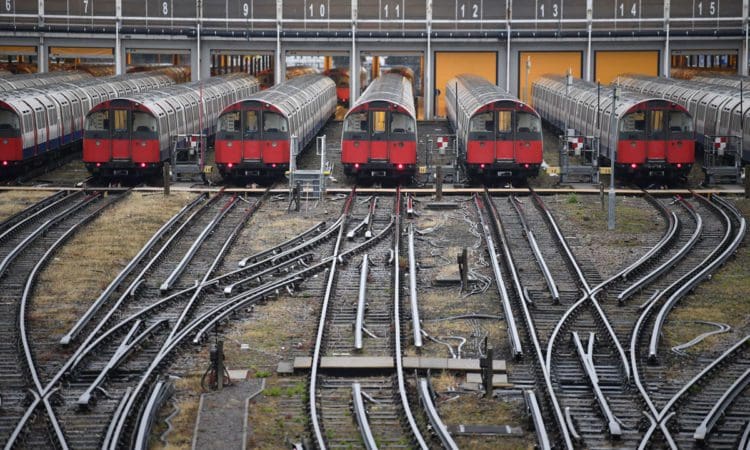 A planned strike on London Underground increases the risk of its financial recovery, officials have warned.

Transport workers on London Underground and the Overground network will take 24-hour strike action in separate disputes later this month.

Members of the Rail, Maritime and Transport union (RMT) will walk out on August 19, in between strikes on August 18 and 20 on Network Rail and 14 train operators in the long-running row over pay, jobs and conditions.

Tube workers have been locked in a dispute over pensions and jobs for over six months while Overground workers employed by Arriva Rail London will strike over pay.

Andy Lord, Transport for London’s chief operating officer, said: “It is extremely frustrating and hugely disappointing that the RMT has announced further strike action on London Underground on August 19 despite no changes to pensions being tabled and no-one losing their job as a result of the changes to station staffing.

“The RMT has clearly coordinated action to cause maximum impact to customers by also announcing strike action on London Overground on the same day, along with strike action on the national rail network on August 18 and 20.

“We urge the RMT to call off this action which risks further damage to our customers’ confidence in TfL, whilst also increasing the risk to our financial recovery.”