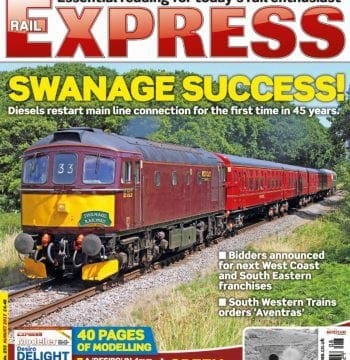 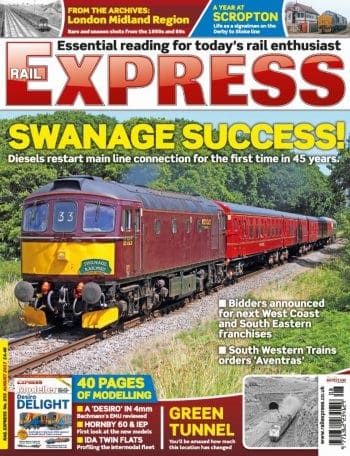 From the archives: LMR
We have delved into our photo library to dig out a selection of rare and unseen images taken on the London Midland Region in the 1950s and 60s.

Subscription offers
The best ways to get Rail Express every month.

A year at Scropton
A year in the life of the not always busy signalbox on the Derby to Stoke line.

Then & Now: Huddersfield
How trees have taken over at Springwood Junction.

0-60: Class 92
Neville Hill takes a stopwatch and torch on the Caledonian sleeper.

Railtours
Ever been to Sevenoaks Gusset? Plus a full round-up of future tours and announcements.

Powerscene
Notable workings from around the country.