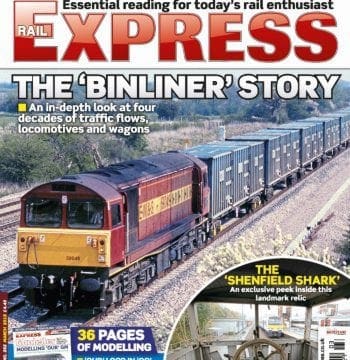 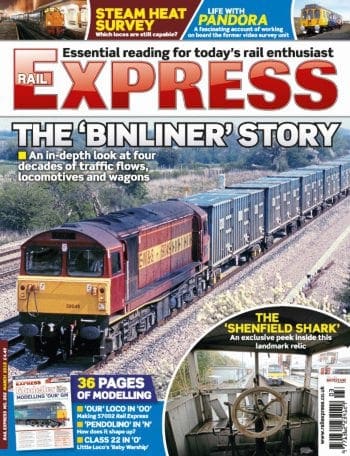 TWO ZULU ZERO TWO
Life aboard the former Class 121 video survey unit Pandora by one of its technical crew.

LOADS OF RUBBISH
An in-depth look at the locations, locos and wagons used for transporting household waste.

THE ‘SHENFIELD SHARK’
A unique view from inside this famous relic.

0-60: GREAT WESTERN HST
Are they better or worse than diesel IETs?

MOMENT IN TIME: CLASS 58
It is now 15 years since the last of the class
ran under its own power in Britain.

M24 SUBSCRIPTION OFFERS
The best ways to get Rail Express every month.

POWERSCENE
Our round-up of key workings.

COACHES
More HST stock on the move; Barriers for sale.