GREATER Anglia ran a second charity railtour on September 16, the ‘EACH Express 2’, which this time featured two Class 68s and a Mk.3 rake rather than the ‘37s’ and ‘short set’ used for the original tour in 2016.
The route was an exact repeat of last year’s, first running from Norwich to Ely and back, and then along the Great Eastern Main Line to Liverpool Street and back. EACH is East Anglia’s Children’s Hospices, and more than £12,500 was raised through ticket sales, an on-board raffle and cab-ride auctions. 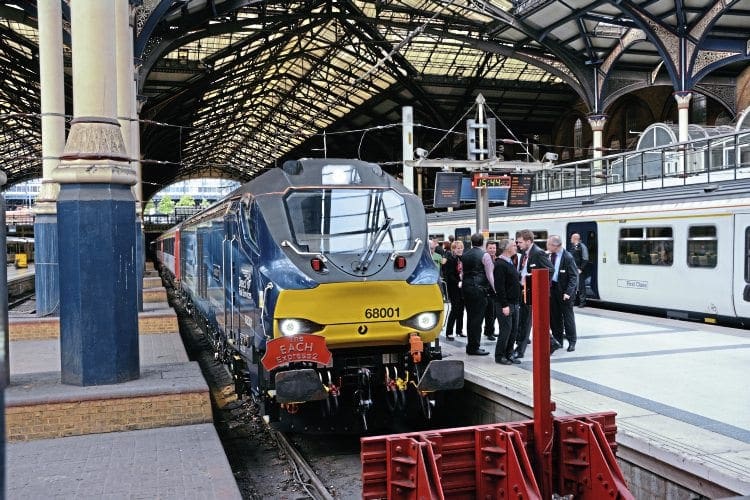 Read more in the November issue, on sale now.