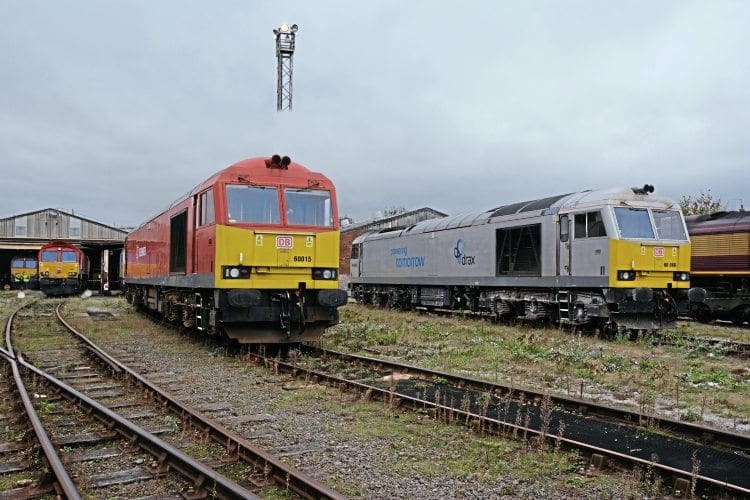 THERE was a rare opportunity to peek behind the scenes at Knottingley depot, West Yorkshire, on October 28, as staff there took the initiative to arrange for 100 members of the public to have a guided tour of the facilities.
Knottingley is a purpose-built diesel depot that opened in July 1967, meaning this year marks its 50th anniversary. The first loco allocated there was a Class 03 shunter, but the depot has always been synonymous with heavy freight locos, such as
Class 47, 56, 58, 60 and 66.
The depot is located in a triangle of lines that lead to Goole, Doncaster/Scunthorpe and Castleford/Wakefield/Milford West Sidings. It was originally built for the heavy Merry-Go-Round traffic between the Yorkshire coalfields and Aire Valley power stations – and, while coal traffic has diminished today, the depot is still busy with gypsum
and biomass traffic, particularly for nearby Drax Power Station, with workings from the Humber ports at
Hull and Immingham.