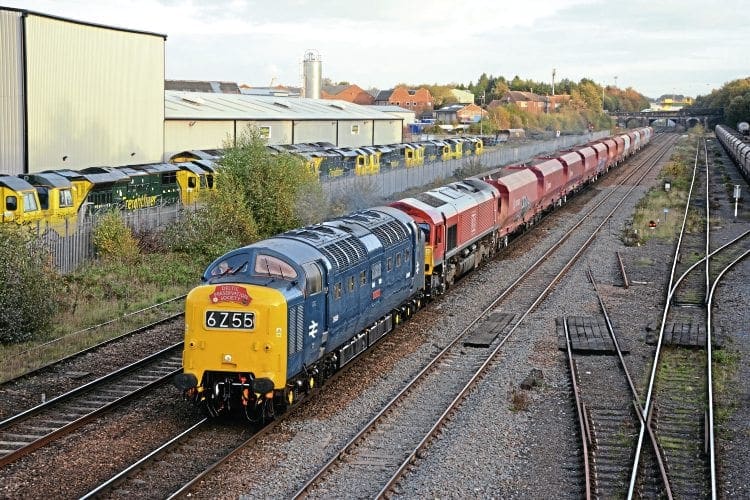 Following its appearance at the Knottingley open day on October 28, the next day saw the Deltic Preservation Society’s main line-certified No. 55009 Alycidon make an extremely rare appearance at the head of a freight train. Special arrangements were made for the loco to run light engine from Knottingley to nearby Milford West Sidings and then power 14 empty bogie hopper wagons as the 6Z55/15.32 to Neville Hill (Leeds) via Castleford – pictured passing a row of Class 70s at Freightliner’s Midland Road depot in south Leeds. DB Cargo’s No. 66082 was included as a translator for the buckeye couplings. After depositing the wagons, the ‘Deltic’ ran light engine to the NRM in York and the ‘66’ returned to Knottingley. Paul Bickerdyke