Passenger services started using Manchester’s Ordsall Chord on
December 10, which provides a direct connection between the city’s two main Victoria and Piccadilly stations for the first time. The inaugural service was the 08.40 Victoria to Oxford Road formed of DMUs Nos. 150142+158909, which then formed the 08.57 to Leeds via Bradford. The chord opens up a range of possible new direct services, such as Bradford to Manchester Airport, and will help avoid conflicting movements at Piccadilly by diverting away TransPennine Express services that currently have to cross the station throat there. The impressive ‘network arch’ bridge that forms the centre of the chord is pictured before opening on November 9,
while the first train is pictured heading south over the bridge towards Oxford Road. 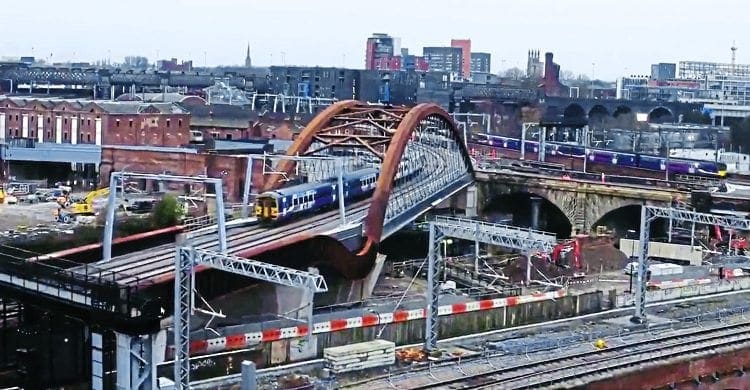 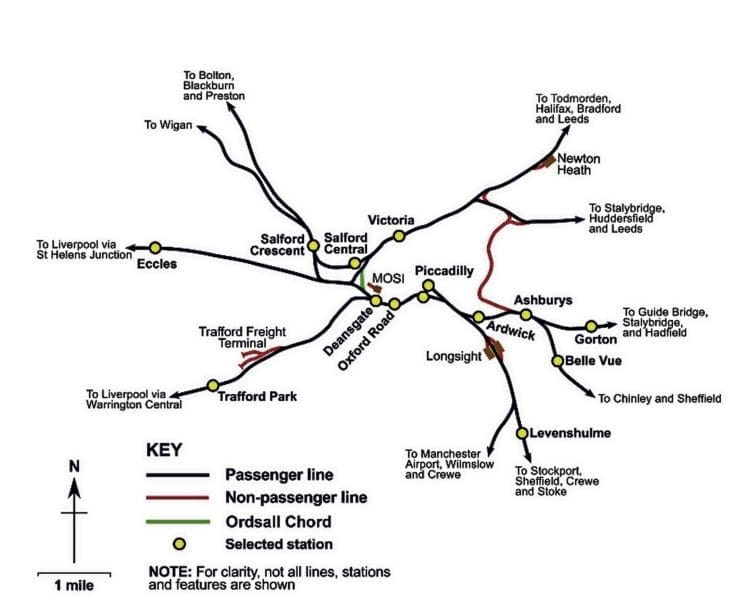 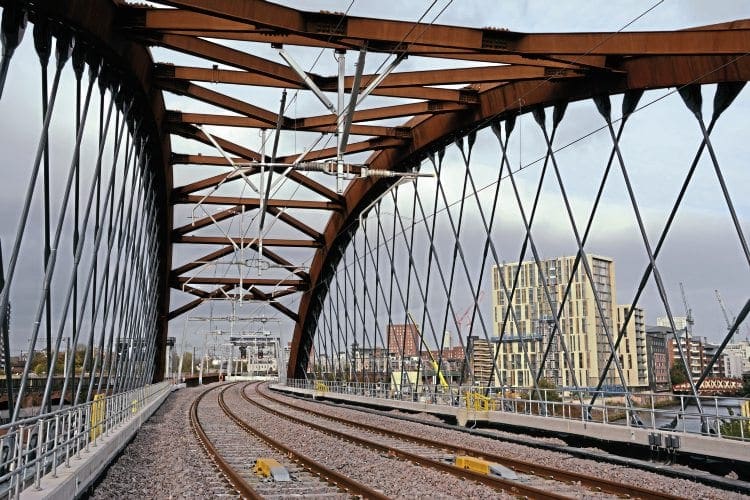