GB RAILFREIGHT has announced that
two of the long-stored Class 92s formerly owned by Eurostar and SNCF are to be reinstated to service during 2018.
The selected locos are Nos. 92006 and 92020, both of which are already at Brush Traction and have not worked since 2006 and 2001 respectively.
No. 92020 is already undergoing an extensive overhaul at Loughborough. Despite being some months from completion, the loco has received a coat of GBRf blue and orange. 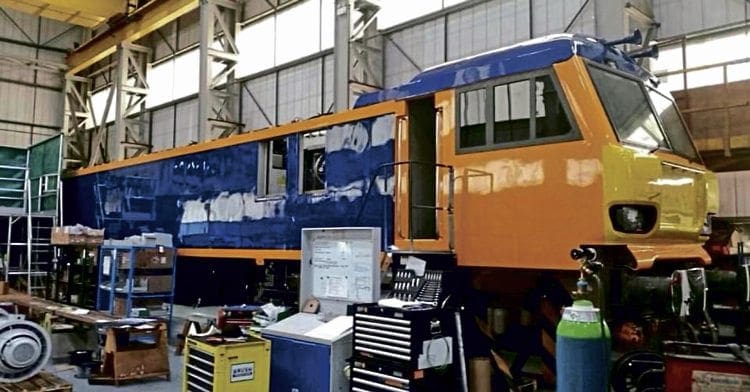 Read more in the January issue of RE – on sale now.