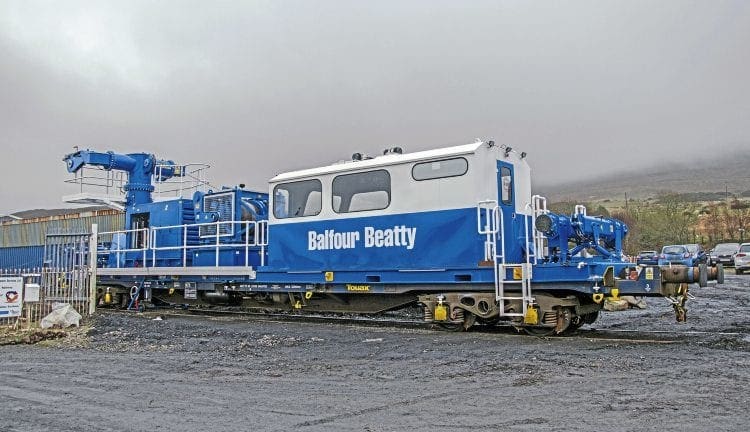 AN interesting contract to create a second HVDC (High Voltage Direct Current) electrical connection between the UK and France via the Channel Tunnel has required the creation of a battery-powered specialist construction train on behalf of Balfour Beatty.
Known as ‘ElecLink’, the 1-Gigawatt connector, comprising two 30-mile cables, will be laid through the North Running Tunnel, and is expected to start operation in the first half of 2020.
In the first half of 2018, Clayton Equipment finished the design, manufacture and commissioning of the 500-metre long wiring train, which was formed of 24 20-metre modules (12 drill rig modules and 12 monorail handler modules) installed on eight Touax (former Tiphook/GERS) KFA platforms that had been previously employed by Freightliner for intermodal services. The drill rig module required the installation of an extending upper deck to create a safe working environment inside the tunnel.

Read more in the March issue of Rail Express, on sale now.