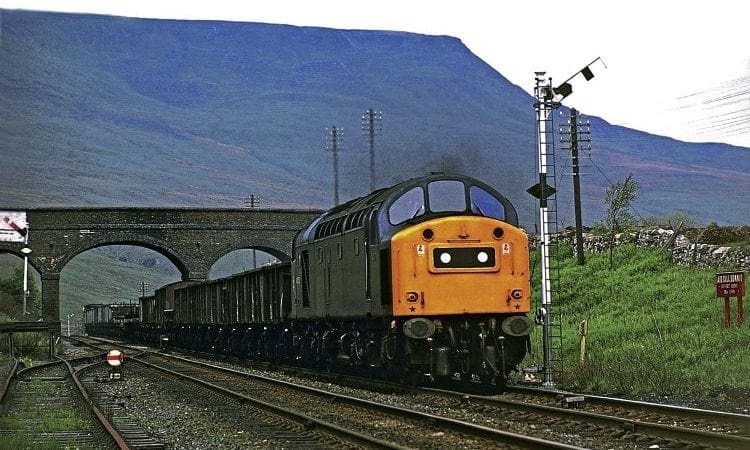 In an extract from his new book, Chasing Trains, Martin Buck recalls the lengths he went to tracking down his last ‘Whistlers’ for sight and haulage.

A QUESTION I am often asked is: “Why Class 40s?” Well, some people like to drive fast cars, experience the acceleration, how fast will it go, and the ‘revs’ building in the process.

For me, it is much the same – except I prefer the experience on a train, where the train driver is in control. The distinctive ‘whistling’ sound of a Class 40, the shrill of its engine rising to a crescendo, has no equal in my mind.

After seeing all 4057 locos listed in my Ian Allan loco shed book by mid-June 1976, I needed a new challenge – opting first to go out photographing trains, followed by some memorable years chasing ‘40s’.

This was not easy, however, as I lived in Swindon – far from their normal stomping grounds. So I used my annual leave and weekends to go after these wonderful machines, spending every summer in North Wales when many holiday trains attracted no-heat examples of the class. In time, getting ‘new’ Class 40s became harder, so I set out to accrue 1,000 miles behind as many ‘40s’ as possible, reaching a total of 13 in the end.

Rather than leave it to chance, I decided to go out and track it down. Being a Wigan machine, it was not unreasonable to expect it might be found locally working freight.

I thought Warrington would be a good starting point, so I booked two days off work and set off by train on Monday, December 9.

Read more and view more images in the August issue of RE – on sale now!