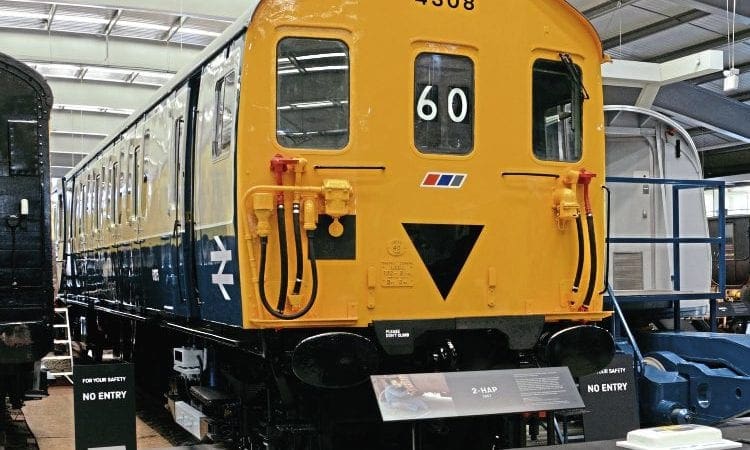 The National Railway Museum’s most travelled vehicle has celebrated its diamond jubilee and the halfway point of its cosmetic restoration.

THE National Collection’s Class 414 2-HAP unit No. 4308 celebrated its 60th birthday at Locomotion in Shildon on June 27.

The EMU is believed to be the most travelled vehicle in the collection, and has had the most money spent on it after celebrity steam loco No. 60103 Flying Scotsman.

The two-car unit is halfway through a thorough internal and external restoration, which has seen DMBSO (Driving Motor Brake Standard Open) No. 61275 superbly turned out in BR blue/grey livery on one side and Network SouthEast on the other – the first vehicle in the collection to carry a dual livery.

DTCSO (Driving Trailer Composite Second Open) No. 75395 has now taken its place in the workshops for restoration to begin, and this will be finished to match No. 61275.

Read more in the August issue of RE – on sale now!