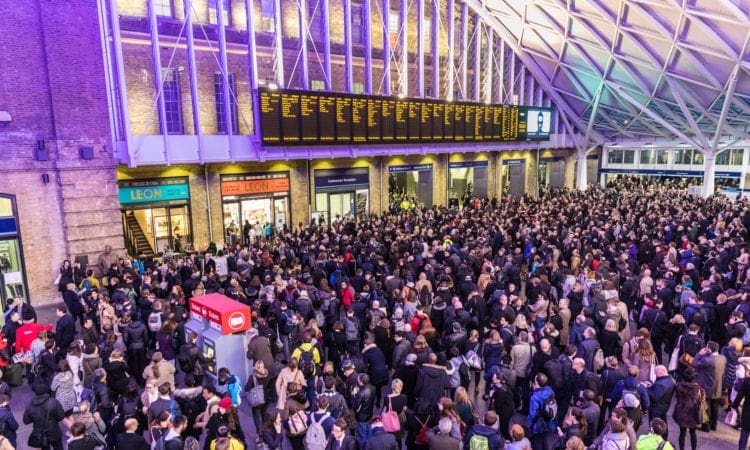 We start this week’s railway round-up with some good news as Whaley Bridge residents return as lines reopen too. Read how Britain’s train companies announced that they were pulling out of Interrail, only to reverse the decision a day later.

The Hope Valley rail line to Manchester has reopened this week, several days after it closed amid fears a dam in Whaley Bridge could collapse.

A Royal Air Force Chinook was drafted into a Derbyshire town last week to to stop a reservoir collapsing after it was “badly” damaged during heavy rain.

Hundreds of Whaley Bridge residents were evacuated from their homes due to “an unprecedented, fast-moving, emergency situation”. This week, around 1,500 people in the town of Whaley Bridge have been allowed to return to their homes. Read the full story here.

The bid to run Southeastern rail route has been scrapped, the Department for Transport (DfT) has announced.

Incumbent operator Southeastern’s rail route contract was due to expire in November, but this has been extended until April 1 next year.

The franchise competition was cancelled amid concerns that it would not deliver enough passenger benefits, and to ensure that the recommendations of the government-commissioned Williams Review – due to be published in the autumn – are taken into account. Read the full story here.

The biggest rail workers’ union is planning a series of protests on the day higher rail fares are set to be announced.

Members of the Rail, Maritime and Transport union (RMT) will demonstrate outside stations in more than 30 locations including Cardiff, London, Birmingham, Edinburgh, Liverpool, Bristol and Manchester.

Union activists and campaigners will also step up demands for a publicly-owned railway during the protests on Wednesday August 14. Read the full story here.

Eurostar is trialling a “press for champagne” button to mark 100 days until its 25th anniversary.

A free glass of fizz will be served to the first 25 passengers on selected trains who activate the feature. The button is available on the rail operator’s smartphone app every Friday for the rest of August, on these services:

UK train companies WILL stay in Interrail scheme after U-turn

RDG, which represents UK train operators announced earlier in the week that the arrangement would end and the UK would leave the Interrail and Eurail in January.

The industry body had said its members would stop participating in the programmes because it believed the separate BritRail pass was “the best option” for visitors to Britain.

But a strong response on social media has sparked a complete U-turn over the decision. The RDG said in a tweet that “following the strong reaction to news of our departure, we and Eurail, the company which runs Interrail, renewed talks.” Read the full story here.

It was revealed this week that a train passenger was paid out £28,000 after it was ruled they could have slipped on pigeon poo at London Paddington.

In a Freedom of Information request, Network Rail released figures showing that more than £950,000 was paid out by Network Rail for 290 claims for incidents at the 20 stations the rail company manages.