For many years until the start of the 1990s, Rugby Cement wagons were a common sight around the country in mostly wagonload trains, as David Ratcliffe describes. 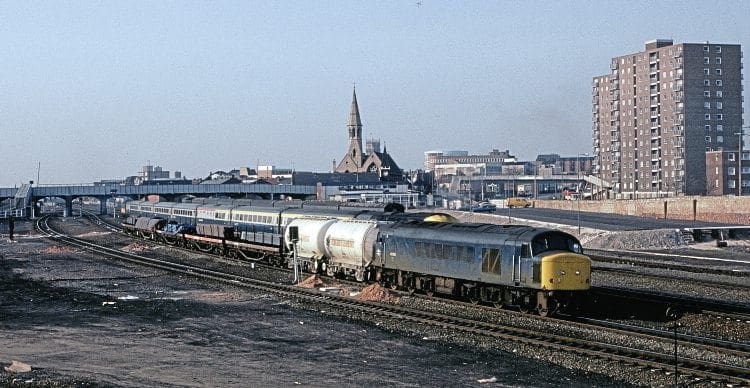 THE Rugby Portland Cement Company was established in
1872 and was an important railfreight customer until 1990, contributing about 15% of British Rail’s total cement tonnage.

Railbourne cement was dispatched directly from the company’s works at Foxton (Cambridgeshire) and Halling (Kent), while cement from Rugby’s South Ferriby Works (Lincolnshire) was loaded onto rail at the nearby Scunthorpe Freight Depot.

Cement traffic from Chinnor (Oxfordshire) and the company’s two works in the Rugby area, at New Bilton and Southam & Long Itchington – which included occasional workings to a small terminal at Osbaldwick on the Derwent Valley Railway (near York) – also survived into the early 1980s, but had gradually dwindled away to nothing by the middle of the decade.

Read more in November’s issue of RE