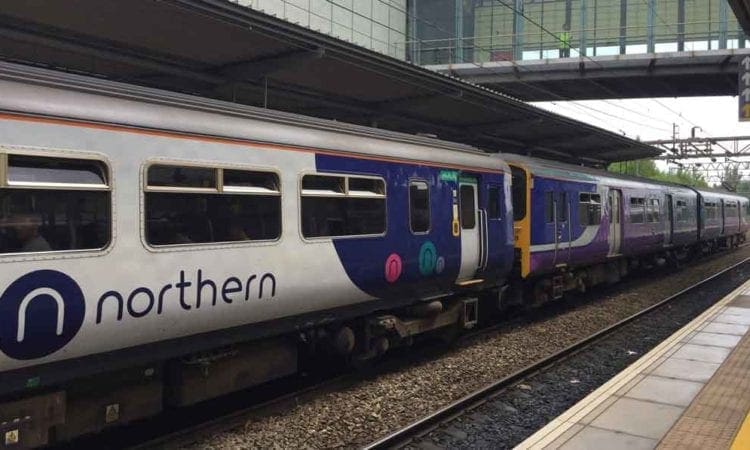 The mayors of Greater Manchester and Liverpool have called for “clarity” after a Sunday newspaper was told Northern Rail would be stripped of its franchise.

The Sunday Times was briefed that private train operator Northern Rail was to lose the franchise and, under plans reported by the weekly title, an “operator of last resort” would be brought in to run the railway, effectively bringing it under direct government control.

If so, it would be the second major rail franchise to be taken in-house by the Government in recent years, after Virgin and Stagecoach had their contract on the East Coast Mainline cancelled in 2018.

Nearly half of services late

Northern Rail runs trains from Hull on the east coast, all the way to Blackpool in the west and serving every major city in between.

Figures from the Office of Rail and Road show that only 56% of Northern services were on time in the last quarter and there have been protests held at Manchester Victoria station in recent weeks over the scale of delays.

In a combined statement, Greater Manchester Mayor Andy Burnham and Steve Rotheram, Mayor of Liverpool city region, demanded confirmation from ministers over whether the reports about Northern Rail’s future were correct.

They said: “All year we have been calling on the Government to get a grip of the chaos on the railways of the North and remove the franchise from Northern.

“Now, just days before Christmas, Government sources have finally responded by briefing a Sunday newspaper that they are belatedly going to take action.

“This is not good enough. Passengers and staff need clarity going into the New Year.

“We are today calling on the Government to end the damaging uncertainty by making a public statement confirming or denying this report and set out an urgent plan as to how they will bring back stability to our railways in 2020.”

Will there be a major review?

The Labour city leaders said TransPennine Express, serving major destinations such as Leeds, Manchester and Glasgow, should “be next” to be brought in-house and be given the takeover treatment by Whitehall.

The Government is currently considering a major review into the franchise model for running the railways, with a huge overhaul expected for the industry.

Former British Airways chief executive Keith Williams, who conducted the review, said in the summer that the current franchising model “has had its day”.

Mr Burnham and Mr Rotheram said: “For much of this year, TransPennine Express has been performing worse than Northern.

“A timetable needs to be set for improvements and, if they fail to deliver, TransPennine should be next.”

Ministers are turning their attention to the North after winning a slew of seats across Labour’s so-called “red wall” at the general election.

Places such as Blackpool South, Bishop Auckland and Bolsover elected Tory MPs for the first time in decades, if not ever.

Other transport improvements proposed for the North in the briefing to the Sunday Times include an extra £4.2 billion in funding for the metro mayors in Liverpool, Manchester, Tees Valley and North of Tyne.

The £39 billion plan for High-Speed 3 (HS3) – also known as Northern Powerhouse Rail – is expected to be given the green light in the February Budget, paving the way for a huge upgrade in east to west rail services in the North.