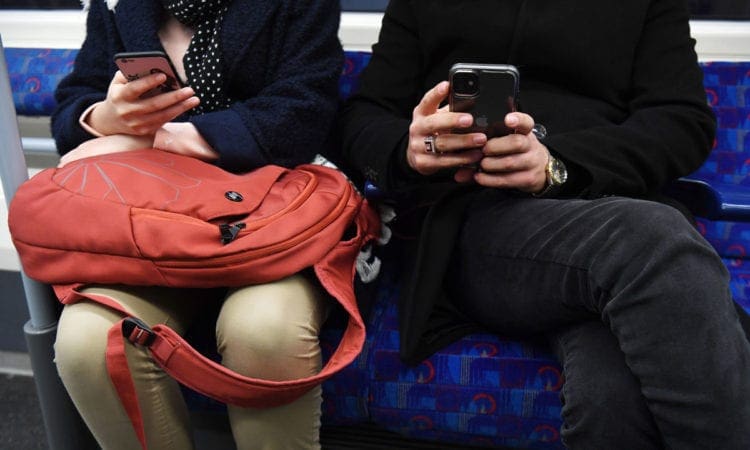 In this week’s railway news there have been reports on Cyber-flashing, Tube strikes, new HS2 images for Old Oak Common station and a derailment that ended in tragedy.

All Aboard for Channel 5’s North Yorkshire Moors Railway

The North Yorkshire Moors Railway is due to return to our TV screens on Friday, February 21 at 8pm in the first part of new series on Channel 5.

Titled ‘The Yorkshire Steam Railway: All Aboard’, the third series will follow the same lovable cast of characters doing their best to keep Britain’s busiest heritage railway on track.

Get rail news straight to your inbox

Cyber-flashing on trains ‘largely unreported’ despite hike in incidents

The number of women being sent sexually explicit images by strangers on trains, called cyber-flashing, is going largely unreported despite rise in incidents.

Reports of cyber-flashing to British Transport Police have almost doubled in a year, although campaigners say the number of women affected “will almost certainly be much higher”.

Despite the rise in cyber-flashing incidents, new data has revealed that, in 2019, there was only one arrest. See full story.

Two people have been killed and several more injured after an XPT train derailed close to Melbourne, Australia.

One of the deceased is believed to be the driver.

Those injured were being treated by emergency services and one person was airlifted to a hospital in Melbourne. See full story.

London Underground drivers are starting strikes on Friday in a dispute over timetable changes, causing travel misery for passengers.

Members of the Rail, Maritime and Transport on the Bakerloo line will walk out for 24 hours at noon and again from noon on Sunday.

The union said it had made intensive efforts to make progress in talks at the conciliation service Acas, accusing LU of failing to come up with a plan to deal with the issues. See full story.

HS2 has released new images and designs of its west London station.

Old Oak Common will have six high-speed platforms and eight platforms for conventional trains such as Crossrail and services to Wales and the West of England.

The platforms will be linked by a bridge while the station concourse will be built under a vast roof inspired by the site’s industrial heritage. See full story.

Win a Hornby Harry Potter modelling bundle worth over £540!

We’ve teamed up with our friends at Hornby to offer you the chance to win a massive Harry Potter modelling bundle worth more than £540!

Create your own little bit of Harry Potter magic with the Hogwarts Express electric train set, depart the iconic Platform 9¾ and arrive at Hogsmeade railway station with the fantastic models from the Harry Potter Hornby collection.