Chiltern Railways began driver training into Oxford ahead of extending its Marylebone services from Oxford Parkway to the city’s main station from December 12. 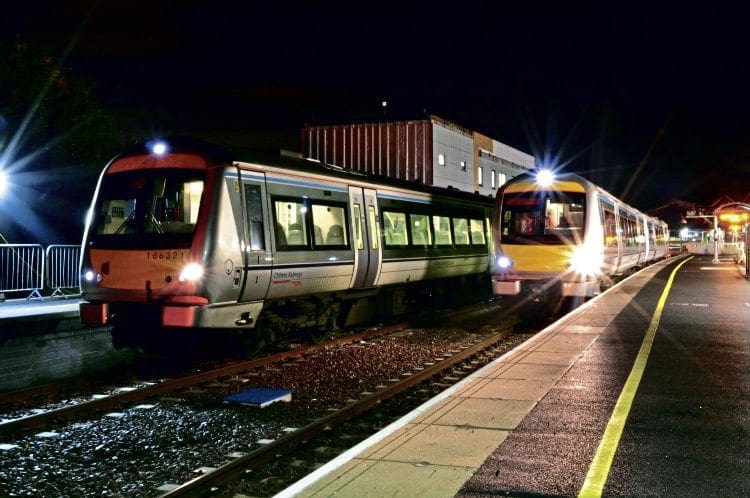 Its first train over the upgraded line was at 06.58 on November 21 for the first of 126 drivers needing to be passed out on the route.

The Oxford to Marylebone project has been jointly funded by Network Rail and Chiltern Railways, with the section from Oxford to Bicester also forming part of the East West Rail line. Nos. 168321 and 168328 are pictured on training duties at Oxford on November 22. James Bushnell

More News in the January issue of Rail Express