THIS book does ‘exactly what it says on the tin’ as a picture and caption collection of night shots of British Rail workings taken mostly in the 1980s. 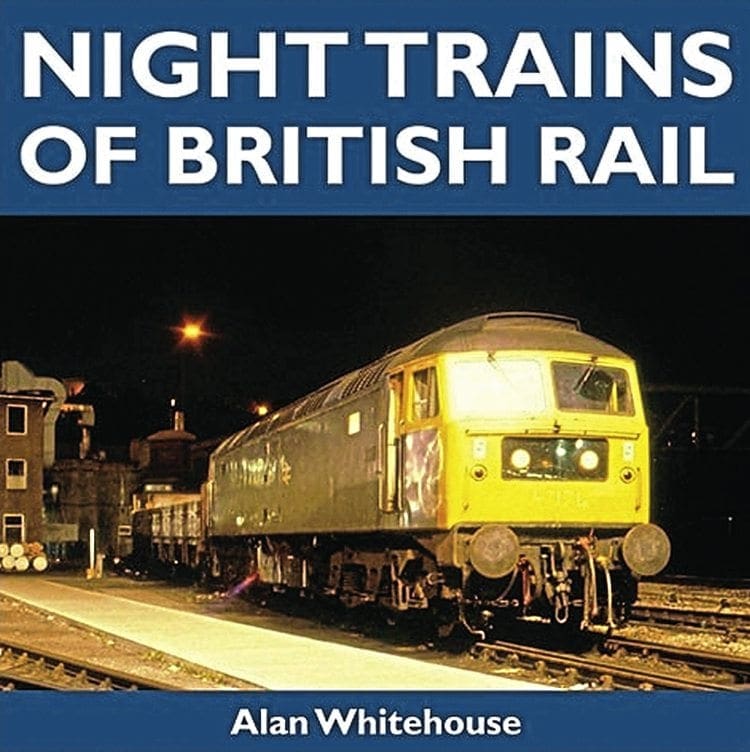 Back then, the variety was much greater than today – both in terms of locos used as well as traffic carried. Passenger, parcels, mail, newspaper and freight trains are all covered here – with a neat trick of organising them by what time they were taken in two-hour slots from 20.00 to 06.00.

It begins with a chapter describing what railway activities were like at night back then – setting the scene before the photographs begin, which are presented with mainly one per page. Highlights include the little-known Whitehaven to Huddersfield TPO service, a loco-hauled illuminations excursion at Blackpool North, and the two-coach 04.30 King’s Cross-Leeds waiting to leave the capital behind a steam-heat ‘31’.

Night photography was more difficult back then than with today’s digital cameras, so most of the shots are standard three-quarter views in stations, and the quality is good to average. But most parts of the country are included, and it all adds up to a nostalgic look back on a much-changed railway.