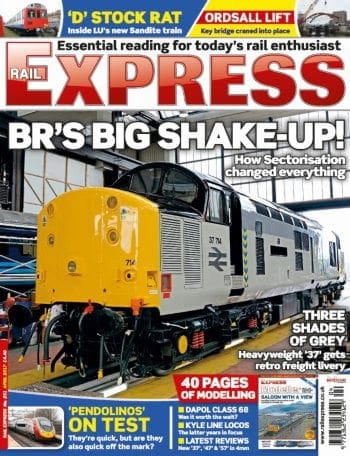 The tunnel boring machines have been lowered underground for the Northern Line’s extension to Battersea in South London.

Sectorisation and the focus on freight operations

The 1980s saw a key change in British Rail management as it switched from focusing on regions to business sectors.

Virgin’s ‘Pendolinos’ are quick, but are they also quick off the mark? Neville Hill finds out.

Books on monorails, railway history and Class 58s are new out this month.

April news from decades past.

A look inside the first ‘D’ Stock Sandite train.

Power By The Hour

Notable workings from around the country.

Cambridge gets a pilot; Changes at Cardiff Tidal.