I FOUND the latest two issues of Rail Express (RE248 and 249) an enjoyable read, and found the modeller sections in both issues of particular interest. 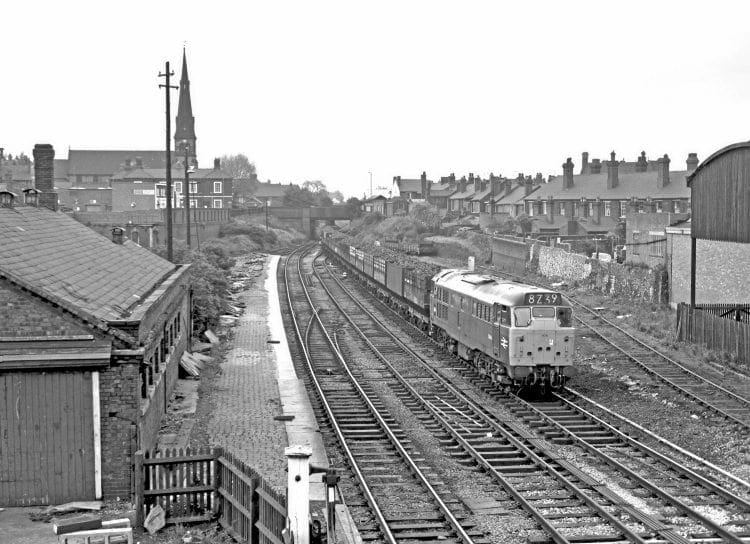 The Albion Metals scrapyard layout (RE248), loosely based on the now defunct operations of a scrap metal merchant based at Bilston in the Black Country, was a superb piece of railway modelling, with fantastic detailing and realism.

I have attached an image of mine (scanned from a print) showing Class 08 No. 08700 propelling three loaded POA scrap carriers from Norton’s at Bilston towards Wednesbury in May 1985 along the former GWR alignment (closed to passengers in March 1972). The scrap was destined for South Yorkshire, and at that time would have been Speedlink-hauled from Bescot to Tinsley. By the early 1990s, the majority of trunk-haul movements of scrap metal were conducted using the Metals sub-division of Trainload Freight.

The Bilston operation, which ceased in 1992, was touched upon in my article about the railway operations based on the former Coopers Metals scrap yard at Handsworth (now managed by EMR). This appeared in RE64 (September 2001 issue) and formed part four of a series of 10 articles I compiled looking at freight operations mainly focused on terminals located in the Black Country region.

The article about coke wagons by Trevor Mann (RE249) was also very interesting and informative. I have attached an image of a coke train at Wednesbury (taken by David Wilson) in June 1972. The consist is mainly formed of coke hoppers fitted with the three-plank raves, but also includes at least one all-steel variant (second wagon).

Although not easily seen in the picture without zooming-in, the ninth and twelfth hoppers are of the type with the cut-down bodies as described in Trevor’s feature. The service, hauled by Brush Type 2 No. 5844 (later 31310) is an inter-regional 8Z39 special bound for Bilston’s Spring Vale Steelworks (closed April 1979). The train is seen standing on the Dudley line (closed through Wednesbury in March 1993) at the site of Wednesbury Town station (closed summer 1964) and is waiting to take the Princes End line (closed April 1981). The scene is overlooked by St John’s Church, which was demolished in the summer of 1985.

Based on WTT information, Spring Vale Steelworks at various times during the 1970s received what I assume were block trains of coke from Beighton, Parkgate, South Bank, Tinsley, Toton and Treeton.

I am guessing that much of the coke traffic for Spring Vale from the South Yorkshire area originated from coking plants at Brookhouse, Orgreave and possibly Smithywood. Perhaps Trevor, one of his contacts, or any other reader could confirm this, and/or perhaps shed more light on other possible sources of coke destined for the Spring Vale Steelworks in the Black Country region? Any such information would be very much appreciated.

Read more letters, opinion, news and views in the Spring Issue of RE – out now!