The first containers to travel by rail from China to London reached the terminal at Barking on January 18.

In a staged event, DB Cargo’s No. 92015 broke through a banner, the train being pushed from the rear by No. 66136 – with both locos wearing a specially branded livery. 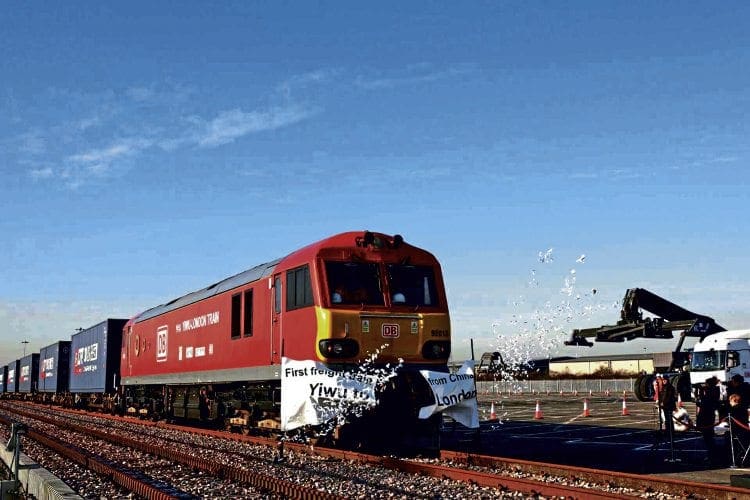 The train originated in Yiwu, eastern China, and took 18 days to travel the 7500 miles to London – although the containers had to swap wagons en route because of the different gauges involved.

It is operated by the Switzerland-based InterRail Group, and DB Cargo handles the last section from Duisburg (Germany) to London via the Channel Tunnel. London is the 15th European city to be served by rail from China along what is being dubbed the ‘New Silk Road’.

The benefits of using rail are said to be cheaper than air and quicker than sea. The train is expected to run weekly for a three-month trial period to assess demand. DBC

Read more News in the Spring Issue of RE – out now!