THE appearance of a new ready-to-run manufacturer is always a welcome event, especially in ‘O’ gauge where the development and expansion of the products available continues unabated. The Little Loco Company first arrived on the scene in 2014, initially offering the Class 03 and Class 04 kits previously produced by the Right Price Railway Company. 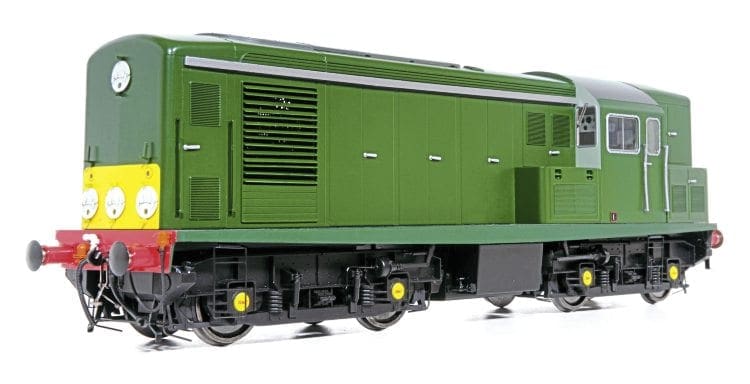 Evolution into a RTR provider came just 11 months ago with the announcement of the Class 15. This is planned to be the first in an ongoing series of models that will take in both steam and diesel locos along with rolling stock. The company’s stated aim is to support the railway preservation movement with every model produced, so a donation of over £10,000 has been made to the Class 15 Preservation Society to help fund the restoration of sole survivor No. D8233 at the East Lancashire Railway. In return, the group has provided full access and assistance to enable the model to be developed.

The other founding principle is that the models will have an advanced specification. In the case of the Class 15, this means it is fitted with a Plux22 DCC socket, a first for ‘O’ gauge. This is supplied pre-wired to two 34mm speakers contained within a bespoke bass reflex cabinet while all of the initial models can be ordered with a Zimo 645 series sound decoder prefitted, the sound files having been specifically created for the model.

Read more in the March issue of RE – out now!