Seeking to recreate an everyday sight from his youth, Stu Davies describes how to modify the Bachmann Class 03 shunter to represent one of the batch employed on the Southern Region, in particular the Weymouth Quay tramway. 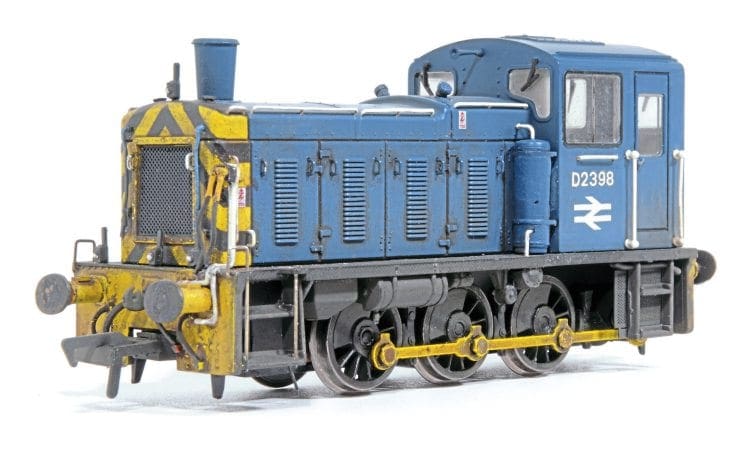 FOR many years, the Weymouth Harbour tramway operated with vacuum-braked stock, diesel power appearing in the area for the first time in 1960 in the shape of the Drewry 204hp shunters (later Class 04). These were followed by the BR version of the same design from 1962, later to become Class 03.

However, the shunters did not immediately appear on the tramway, as management thought the locos could be single manned. In contrast, the drivers’ union rather sensibly argued that having just one person in the cab on a public road was ill considered so it was 1962 before the locos became a regular sight.

With the end of steam and the associated inauguration of electrification to Bournemouth came a need for air-braked locos for marshalling both the 3/4-TC EMUs and loco hauled stock. Initially, a stop-gap solution arrived in 1968 in the shape of four Bournemouth-based Class 12s, the 350hp shunters all retaining their BR green livery. Originally, the locos had no train brakes but had been later modified with air brakes, No. 15231 even arriving with three-link couplings still fitted.

The TC sets could be shunted using brake hose extensions to reach the high level pipes fitted to the EMUs, although at this point, the boat trains were still formed of standard Mk.1 stock. As a loco, the Class 12s were not popular because of the restricted visibility along the bonnet and, consequently, lasted barely a year at Weymouth.

Read more the March issue of RE – out now!