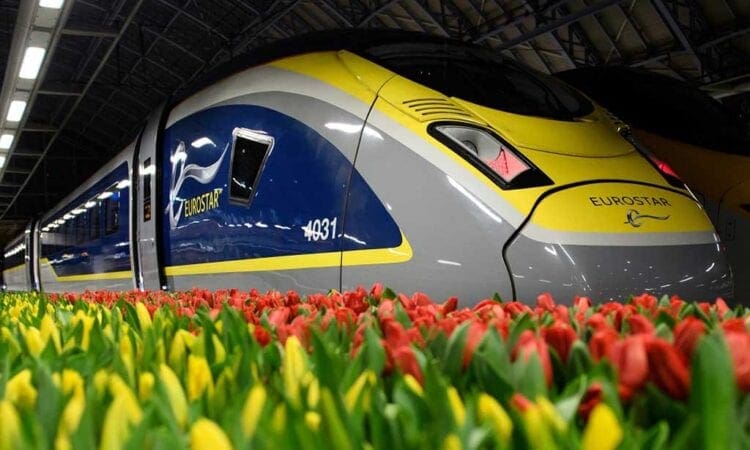 Rail unions are stepping up their campaign for financial help to secure the future of Eurostar, which has been hit by the COVID-19 pandemic.

The Rail, Maritime and Transport (RMT) union has launched a petition calling on the Government to assist the cross-Channel rail service.

“Like other rail companies and transport operators, Eurostar has been significantly impacted by the ongoing COVID-19 pandemic, with passenger numbers and revenue at a fraction of pre-Covid levels,” said the petition.

“Unlike other transport operators, including airlines, Eurostar has not yet received any Covid-19 state support from the UK Government.”

RMT general secretary Mick Cash warned that the future of Eurostar, and the thousands of jobs it supports, is threatened.

“It is essential that governments, including the British Government, make emergency funding available to bridge a way through this current lockdown and ensure that Eurostar is there to help the economy punch its way out of this crisis and provide the essential green rail links to the continent,” he said.

The move comes after Transport Secretary Grant Shapps told MPs last week that the Government is “very keen for Eurostar to survive” but insisted “it’s not our company”.

Giving evidence to the Commons Transport Select Committee, Mr Shapps said the UK will be “as helpful as possible”, stating that schemes such as UK Export Finance – which partially guarantees loans – could be utilised.

But he continued: “We don’t own the shares, so, to state the obvious, it is the shareholders’ problem to resolve.

“We’ll be as helpful as possible but it’s not for us to take over their issue.

“You’ve got 55% ownership by the French state. It’s not just any old shareholder.”

Mr Shapps added: “The solution will be found. I don’t think there’s any world in which we cease to have that connection up and running in the future when indeed we’re all able to travel again.”