The Class 40 Preservation Society’s split-box Type 4 No. 40135 was returned from Derby to its base at the East Lancashire Railway on February 17 after being repainted into BR blue livery at Loram.

The loco was hauled by centre-headcode classmate No. 40145, pictured en route at Chevin near Belper in Derbyshire. 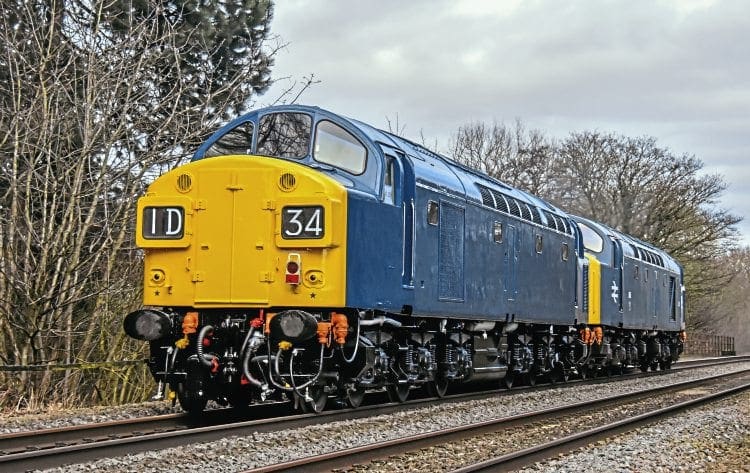 Type 2 No. 31466 took over its booked workings instead. Rob Reedman