Further training and testing from Ilford has been taking place using No. 345002. During the early part of February, the unit operated in the early hours between Shenfield and Stratford. 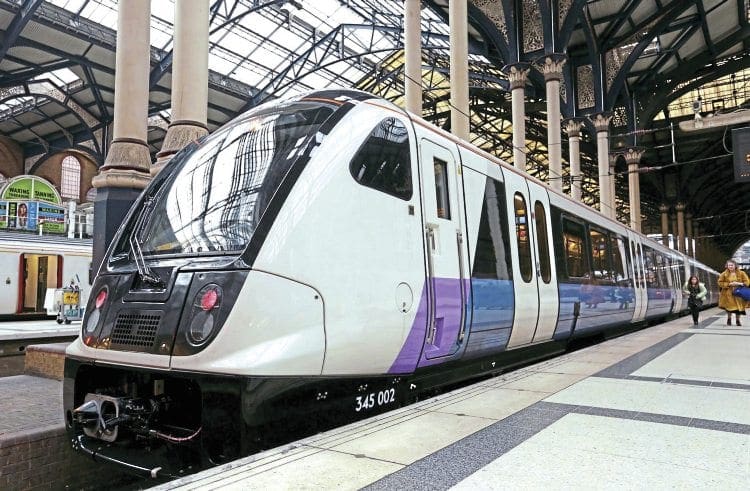 February 15 saw it venture out in the daytime for the first time, working the 3Z20/10.05 Ilford-Liverpool Street, thus making its first appearance at the Great Eastern terminus (pictured).

The unit failed the next day while performing its second working, the 3Z21/10.43 Liverpool Street-Chadwell Health, but was able to return to Ilford under its own power. TfL