A derailment at Witham Friary required the deployment of two cranes, including
the rare use of a Kirow KRC1200UK in a breakdown role. 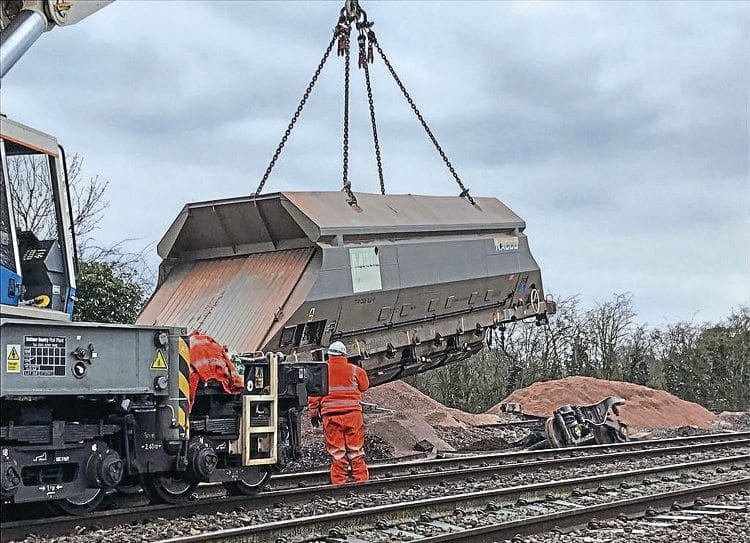 The train, this time powered by
No. 59001, was comprised of 38 VTG Rail UK HOAs, NACCO Rail IIAs and ex-Foster Yeoman JHAs. 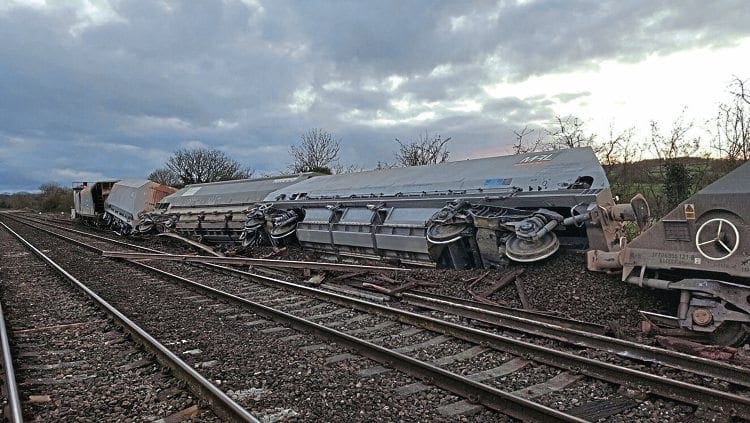 The site was immediately quarantined awaiting the arrival of the RAIB. The following day the lead 21 wagons were removed to Westbury by No. 59001.

Read more in the May issue of RE – on sale now!