Steelwork has been erected at Long Rock, Penzance, to expand the existing depot for its new role as the base for Great Western Railway’s sleeper train operations – this view taken on March 31. 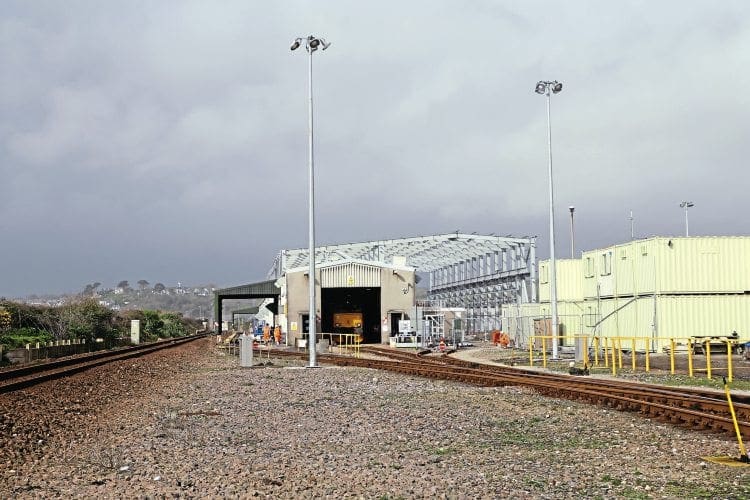 The coaches and Class 57/6 locos have to move from Old Oak Common in London to make way for a new interchange station linking HS2 and Crossrail.

It also coincides with the switch from HST to IEP operations – the Class 800 and 801 IEPs’ London base being at North Pole depot, which was formerly used by Eurostar until international services moved from Waterloo to St Pancras in 2007.

Read more News and Features in the May issue of RE – on sale now!