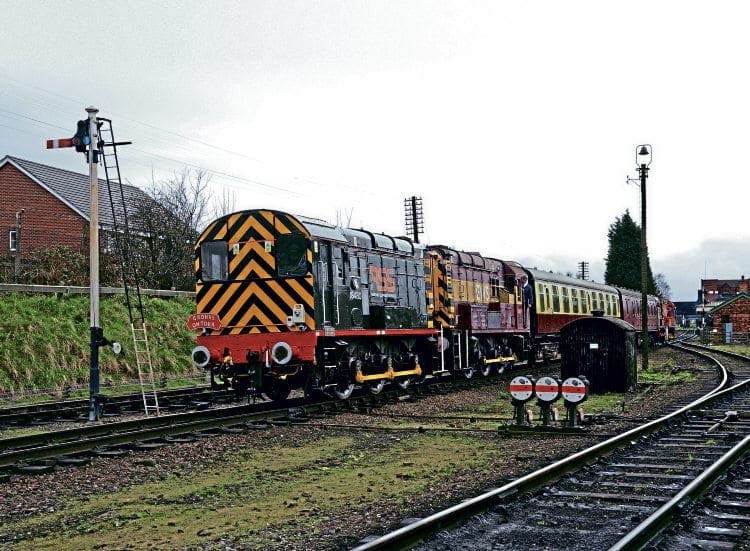 No. 08480 was made available by RSS, the shunter being at the line for running in following an extensive overhaul since the company acquired it from DB Cargo in February.

It was previously ‘celebrity’ shunter ‘Toton No. 1’, pictured (inset) arriving at RSS’ base at Wishaw (Warwickshire) on February 28, and is not believed to have ever worked a passenger train before.

Read more News and Features in the May issue of RE – on sale now!