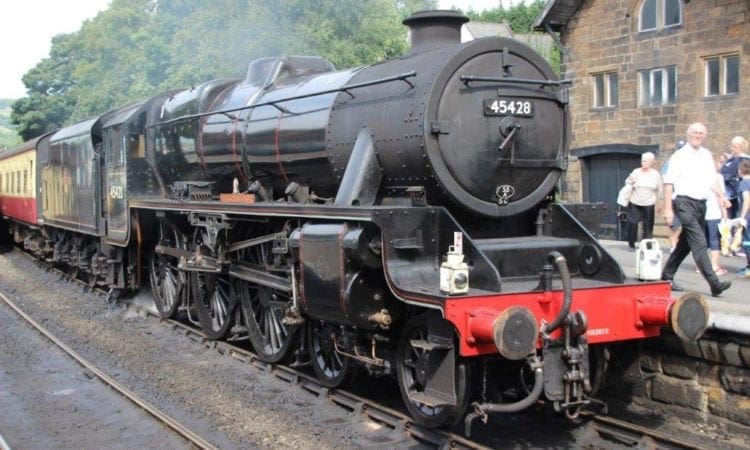 Channel 5’s television programme about the North Yorkshire Moors Railway (NYMR) will air on Friday, May 17 at 8pm.

Season two of ‘The Yorkshire Steam Railway: All Aboard’ will include six episodes, which will go behind the scenes of the NYMR, meeting the staff and volunteers that keep the railway on track.

Episode one sees the railway addressing the challenges of keeping trains operating through a National Park during a heatwave in the peak timetable. ‘Black Five’ No. 5428 Eric Treacy makes a return to traffic and engine shed manager, Paul Middleton – aka Piglet – visits Erica the cat, who has retired from the line’s Grosmont Motive Power Depot after 15 years of service.

Chris Price, general manager at NYMR, said: “This series viewers will see many of the challenges that faced the railway last season – including operating a heritage steam railway in a prolonged heatwave which presented challenges in securing enough diesel engines to ensure the railway delivered on its published timetable. Season two highlights also include boilersmith Mark O’Brien’s special day as he marries Emma at Pickering station. Piglet visits the Wensleydale Railway as the North Eastern Locomotive Preservation Group-owned J27 No. 65894 goes for its summer vacation.

“The show also highlights three of our most popular events – the Annual Steam Gala; Railway in Wartime; and the Halloween Service Train. These showcase the railway at its best, attracting thousands of passengers to the line.”

Viewers can also enjoy the railway’s themed RAF 100 Steam Gala, which sees general manager Chris visit the Talyllyn Railway in preparation of No. 6 Douglas making a special appearance. As outlined his ‘Face to Face’ interview in Heritage Railway issue 254, Chris was previous employed by the TR and he remains a volunteer on the scenic Welsh narrow gauge line.